Thermomagnetics, physics and reasons behind my endeavor

It starts with reason, like: what is the reason for writing about my private work, what makes me tick and keeps me happy.

In the first place my daughter and wife are my harbor of love and strength and the cats are our sentinels for trouble and mishap.

Reasoning about so many things and, almost like a hobby, being concerned, mostly because of what I see and experience. On the other hand the beauty of ‘it all’ directs me to be strong and do my part by searching for another energy conversion method than the ones we know today.

Deserts and wastelands are growing rapidly, no one is really taking that picture into account, at least, not that I know of. In the mean time the thing today, according to the general media, in essence, is a financial and political prospect to where the environment is concerned. I do not agree !!! An oil based pollution hyping and consumer based products kind of reality seems the only social-economic supportable fabric for a generally capitalistic system. Yes,  we need money to exchange services and goods amongst the masses but that is all history, old school, so to say compared to the other side of the coin. But for me that is where the disaster is taking place every day a few meters. Temperature and the management of it on a global scale. That’s the ball game while the reduction of our fossil fuels consumption is another one. Both are to be considered on a global scale and the devices we can come up with should be build without a heavy environmental foot print, otherwise we make the problem worse.

We need much more power than we use and predict today for all to continue, in order to recuperate what is lost on Earth in the last century. Calculations on global power are based on production continuation models, not on necessity models.

yeah, that’s what I ask myself every now and then, well here it is:

I love every aspect of our universe and “the signature of God”, to me, manifests in all things. Many books reveal our place on the steward seat of what we can see and comprehend. Not just because it is written, but also because of our ever growing comprehension of the way things work are we able to deduct and question our status.

I’m also concerned that perhaps my daughter but certainly her children will see horrible things we can not yet imagine and comprehend, unless we act, massively….

Change is not only due to global warming. Famine and the lack of hope wil constitute bigger threats. We all close our eyes at night in order to sink into a thoughtless state of mind just to process the images we received during daytime.  My love for the world and all inhabitants of it is the reason behind my effort, in order to change the future no matter what is politically said and done. Even if I stir up some thought, eventually one might see what I think I see.

Our future in general 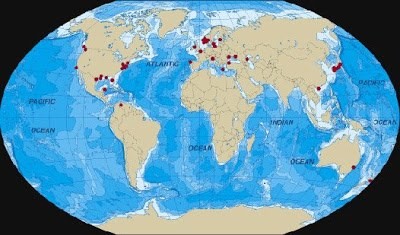 Sir Arthur C. Clarke contributed to the popularity of the idea that geostationary satellites would be ideal telecommunications relays. The Clarke maze is a concept derived from thoughts as his and enables us to communicate globally with each other.

In short, such a maze system for our power lines, spread over the world’s surface would bring social stability, education and prosperity for each and every person within the grasp of our collective hands.

Nature would profit because of the assistance it would receive in cleaning up our global climate and reducing the temperature to a safer and workable parameter.

Not taking over control! 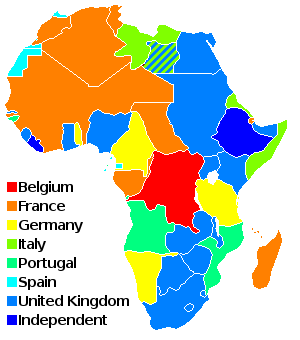 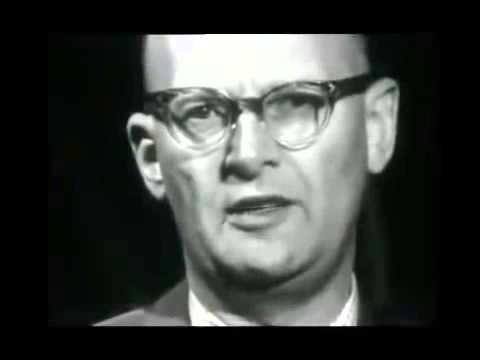 No, just becoming an ally with Nature and forming a global defense authority with mandates to act where needed to preserve the global perspective, and not necessary the financial one, that is not so easy to do if jobs are involved and people left in despair. We will need all people to build structures in order to improve life for every soul.

It is time for a smarter way of dealing with environmental footprints. The cheapest possible power grid, to my opinion, is a cable matrix, or panty-like maze, over land and sea, wherein power is harvested locally out of all known green sources and interconnected to that grid as nodes. A power-energie freeway, so to say.

Along with the global grid comes the hydration of our deserts in order to reduce the global warming of our planet. The Nile has been residing for over 3500 years and our great desert has been growing, slowly heating our atmosphere mostly because of its reflective capability for solar rays. From the beginning of the 19th century, man has contributed indirectly to that growth.

The way we managed our fuel consumption will go down on history lane as a dark force behind our global instability in climatological and mass management sense. Looking at it from political and economical stand points, in the East it is historically factual to look at the West with a hint of death, linked to the fact that the sun sets in the west, therefore darkness belongs to the West. It is not such a silly thought, considering the role of the West upon the East. For the West in de East the sun rises and so does influential interference thru our claim and demand.

The West wil be interconnected in the maze and equally important to the East because of this night and day thing. Although one percepts from the North, South, East or West, spherically there is only a North and South and we need to comprehend that fact some more. Both are magnetic poles and massive, magnetic North is not the same as what we call massive North. In the spinning sense of our planet, one would like to keep magnetic north in the vicinity of the massive north in order to keep a same tilt of our rotation. Unless there is a gigantic disaster coming our way like the one in Mexico about 65 million years ago that wiped out 70% of all life on earth, the other option comes from within, or better yet, the mass of our water. We need our poles, to great extent, for the deposition of water in the form of ice. this ice, stacked and compressed, forms a great weight and helps stabilize our global rotation. When we ignore this stabilization, anything goes.

Rudimentary, our earth is an organism perfectly capable of cloaking from the sun when she gets too hot and uncloaking when temperature is too low. It takes ages, and therefore a wider view, before our atmosphere subsides and restores what is thrown at her. Nevertheless, her atmospheric role, in the organismic sense, is one of a filter. We also know, she owns many of those capabilities and does not care about the loss of life. In fact, this organism has rather a harsh environment, at times, than a kind one. We just happend to be here in the moment. Time will tell if we are capable of knowing our host and dealing with the facts, it is up to us. I, for one, do know.

Mankind is very capable but also ignorant. While it is written in the book of books, we still neglect “The Steward Seat” which was given to us probably in order to rule by wisdom or perish by stupidity.

I won’t just stand on the side as a spectator, and I have a say in it. 7.4 billion souls and counting….

I chose the sun as the major energy source for such a system many years ago, while there are so many other clean sources to look at. Heat has always been a matter of  concern for every conversion system, or better yet, the management of the heat factor in the system as a whole. Heat, in most cases reduces the efficiency of the system so the management is a big thing.

Now, where do I start, being investigative about so many technical wonders from early childhood days, I stumbled upon the fact that the heating of a metal object, placed in a magnetic field, stop’s being magnetically attracted when it reaches a certain temperature and stops being unattractive to that magnetic field when it cools down again.

See it as the ON-OFF switch of the magnetic attraction capability within the metal. So if you really manage the heat transportation, and take into account the cooling management, you have a cyclic system, ON, OFF, ON, OFF, ON… etc…

It should be easy to write the equation of such a system because the idea is so simple. But alas, nothing is what it seems in this and it will take the better part of my life to accomplish, if any, equation.

Nevertheless, I’m very stubborn and consistently breaking down the barriers that stand between a conclusive opinion and my  comprehensive capabilities.

I’m trying to prove that such a cyclic system is incapable of providing means to a greater conversion efficiency and in that sense, up until now, I have failed to do so. Every manifestation of a potential problem was often swiftly countered within approximately 0.02 seconds processing by my temporal lobe, and every now and then some harder work for my prefrontal cortex 😉 and let me assure you, I’m no wizard.

Further, it is a vast amount of direct sunlight that hits our planet Earth. Generally we often treat heat as our adversary while we also could see heat as our allied friend, and that is where it starts.

Embracing our solar heat with a different approach will lead the way to a new and better conversion of it, yielding many new and interesting features and processes, made by the people, for the people.

This became my motto: “If at first the idea is not absurd, then there is no hope for it”  (A. Einstein)